Since I enjoy reading the articles about curling history, I read the article "Curling in the USA before 1832" with great interest. The article mentioned that "... the Orchard Lake Curling Club was declared the first in the USA." And later, "Sorry, Orchard Lake CC, you lose your title." The documentation presented indicated that curling took place in New York before 1832, but it did not indicate that there was an organized curling club before the Orchard Lake club. This could explain the apparent contradiction in Mr. David Foulis declaring the Orchard Lake Curling Club the first club while still mentioning that curling took place earlier elsewhere.
Joel.


Thank you for the note, Joel.  We are very happy that people
are reading these little articles.


You raise a good question about our conclusion that the Orchard Lake Club is not the "Mither Club" of organized curling clubs in the USA. You're right in that there's no definitive proof of an earlier curling club.   It is all but certain, however, there was curling in New York before 1832.  Furthermore, it's likely that the Dutch were curling in New Amsterdam, even before the Scots arrived.

As to whether any of this curling was under the auspices of an organized club, the St. Andrews Society of New York (founded in 1756) would assuredly qualify. There's reasonable evidence that curling was a regular, if infrequent, part of the club's offerings and its members' lives. 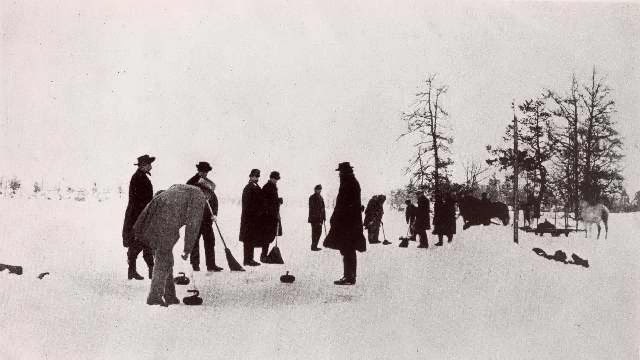 Peter Dow curling on Orchard Lake.  Circa 1915.  Note the small stones.  Perhaps they are "irons. 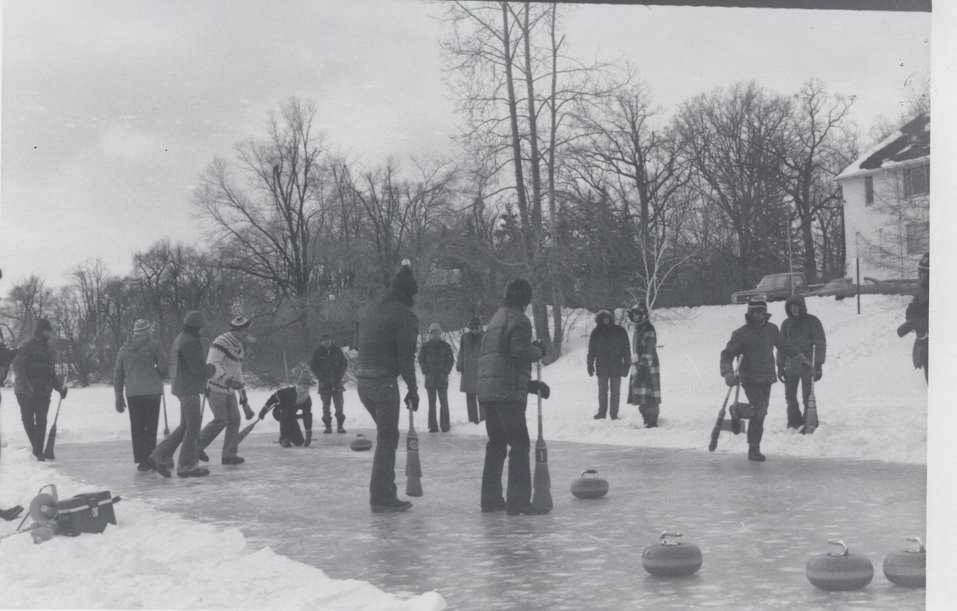 Posted by Angus MacTavish at 3:55 AM