The Name is Bond. James (The Curler) Bond

There have been 23 James Bond films over the last 51 years.  The 6th film – On Her Majesty’s Secret Service – in 1969 had a brief curling scene.  George Lazenby played 007 (his only Bond role) and actually threw a couple stones.  The scene was filmed at Piz Gloria a revolving restaurant on the Shilthorn near Mürren in the Bernese Oberland, Switzerland.

The name Piz Gloria originated in Ian Fleming's James Bond novel On Her Majesty's Secret Service (1963), wherein the hideout of the villain is Piz Gloria, a mountain-top building containing an allergies investigation clinic. In the movie the location is implied as being near St Moritz.

The movie production team found the restaurant partly constructed, and financially contributed to its completion in return for exclusive use for filming the movie, where the building is shown quite prominently.

Below are photos:  Then & Now. 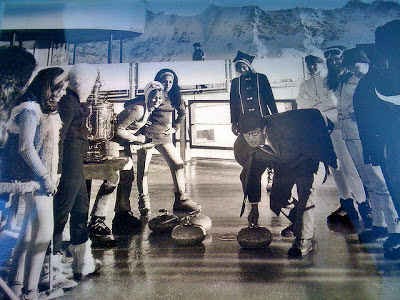 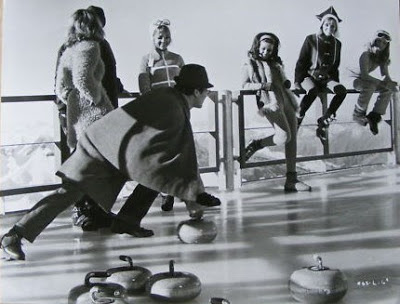 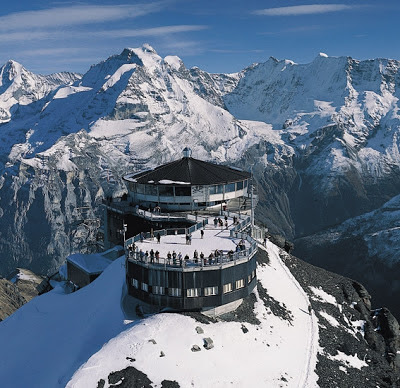 Posted by Angus MacTavish at 4:16 AM